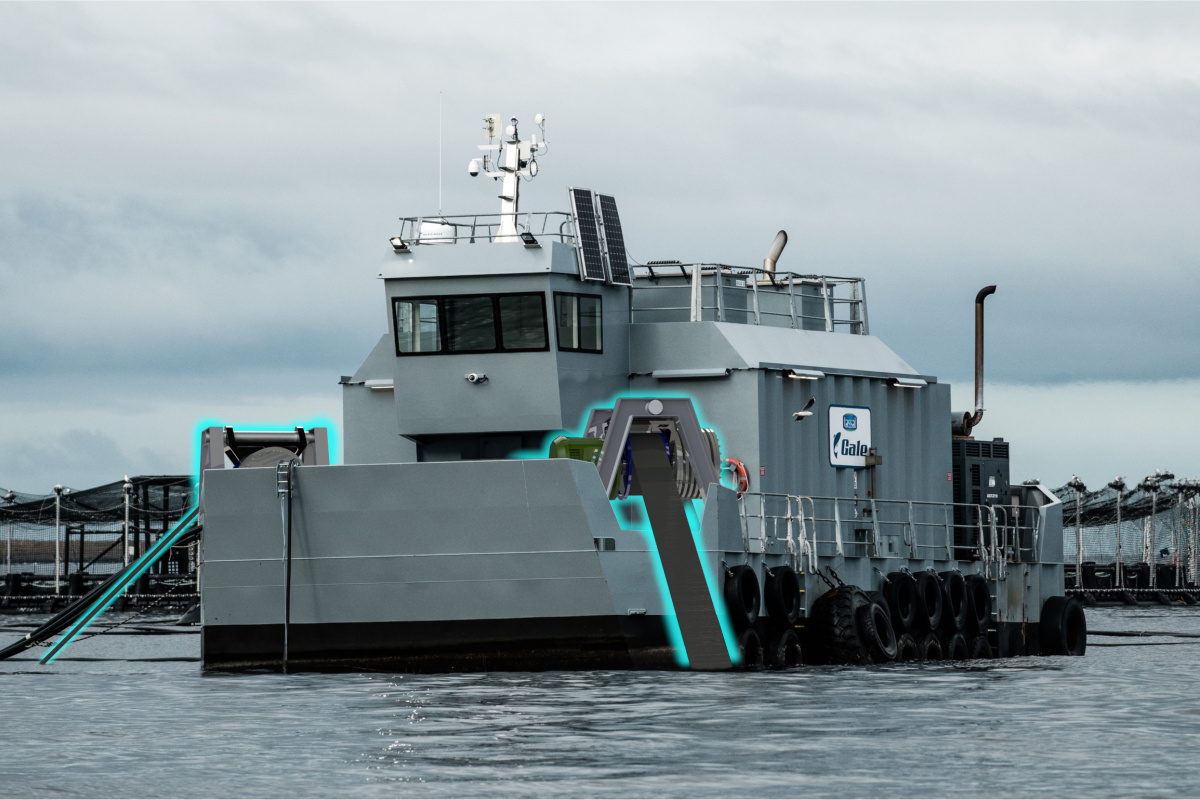 Without shore-based power, energy-intensive offshore aquaculture operations such as feeding barges become reliant on diesel generators with many associated costs, risks and carbon emissions. However, the shift into energy-intensive offshore wave environments presents an opportunity to utilise an untapped energy source constantly flowing around the facilities, wave energy.

In this presentation, Carnegie Clean Energy will introduce the MoorPower™ technology, a spin-off wave energy technology that utilises Carnegie’s core CETO IP but is designed for integration into floating offshore structures.

The concept and vision for MoorPower™ grew out of engagement with stakeholders in the Blue Economy CRC including key aquaculture companies and their technology providers.

Over the course of the past year, the team developed a roadmap to bring the MoorPower™ product from a concept to market adoption. The first step in this roadmap is the MoorPower™ Scaled Demonstrator Project which will take MoorPower™ from concept to an operating prototype.

Over the next 2 years, Carnegie will design, build and the demonstrator just offshore from Carnegie’s office and research facility in North Fremantle. This will be delivered with the support of funding from the Blue Economy Cooperative Research Centre and close collaboration with a consortium of partners including two of Australia’s largest aquaculture companies, Huon and Tassal, together with leading academic and industry partners.

Jonathan has a passion for sustainable technology and the power of the ocean. He combines these passions at Carnegie Clean Energy, leading the company as CEO since 2018. Earlier in his time at Carnegie, starting in 2008, he was the Chief Technology Officer and headed up the development of the CETO technology through several large-scale deployment projects in waters off Western Australia. Prior to commencing at Carnegie, Jonathan led the development of structural monitoring technology including crack detection systems utilised in Eurofighter, Eurocopter and A380 aircraft designs.

Dr John Whittington is the CEO of Blue Economy CRC-Co Ltd. John has more than 20 years leadership experience across the public, not for profit and research sectors.

John has a PhD in algal physiology from the University of Adelaide and has postdoctoral experience at universities in Australia and the USA, and with the CRC for Freshwater Ecology. He has been the Secretary of the Department of Primary Industries, Parks Water and Environment (Tas), Chaired the Tasmanian Institute of Agriculture Advisory Board and was a Director of the Institute for Marine and Antarctic Studies, and through his career has led major policy and research programs and portfolios in fisheries and aquaculture, animal and plant health, resource management and conservation science. In addition to being the CEO of the Blue Economy CRC, John is a non-Executive Director of Tasmanian Irrigation and Fish Hook Wines.