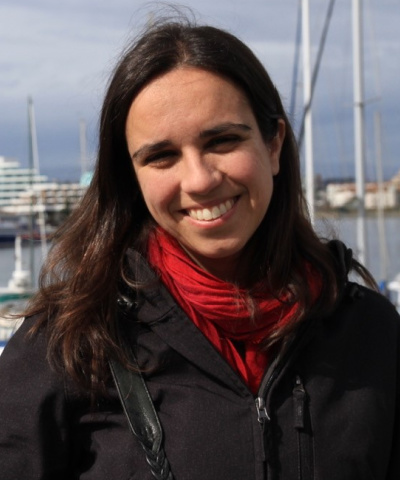 Dr Tania Lado Insua is the Manager, Research and Partnerships for the Blue Economy CRC.

Tania is originally from Galicia (Spain) where she obtained a bachelor’s degree in marine sciences from University of Vigo. She expanded her studies in molecular biology by obtaining a Diploma of Advanced Studies in marine biology and aquaculture from University of Vigo, in collaboration with University of Puerto Rico, Mayagüez. She obtained MSc and PhD degrees in Ocean Engineering from the University of Rhode Island (USA) where she researched physical properties of the sediment for past and present climate change modelling. She was an active participant of several Integrated Ocean Drilling Program (IODP) expeditions (325, 336, 341S and 344S). Her research interests include international collaborations on diverse research topics such as offshore wind, paleoceanography, geohazards monitoring and modelling. She was the Ocean Analytics Program Manager for Ocean Networks Canada (ONC) where she led several programs that leveraged ocean observing systems for hydroacoustics, hydrodynamic and tsunami modelling and multi-hazard early warning. She has contributed to the implementation of the UN Sendai Agreement for multi-hazard and to the new flooding guidelines for Canada.

Tania is currently seconded from her role as Strategic Research Funding Manager at University of Tasmania, in which she was part of the team that supported the successful Blue Economy CRC funding application. In her current role as the Manager of Research and Partnerships at Blue Economy CRC, she brings her ocean sciences and engineering expertise to support collaborations between academia, industry, local and federal governmental organisations.