Hydrogen in the Blue Economy 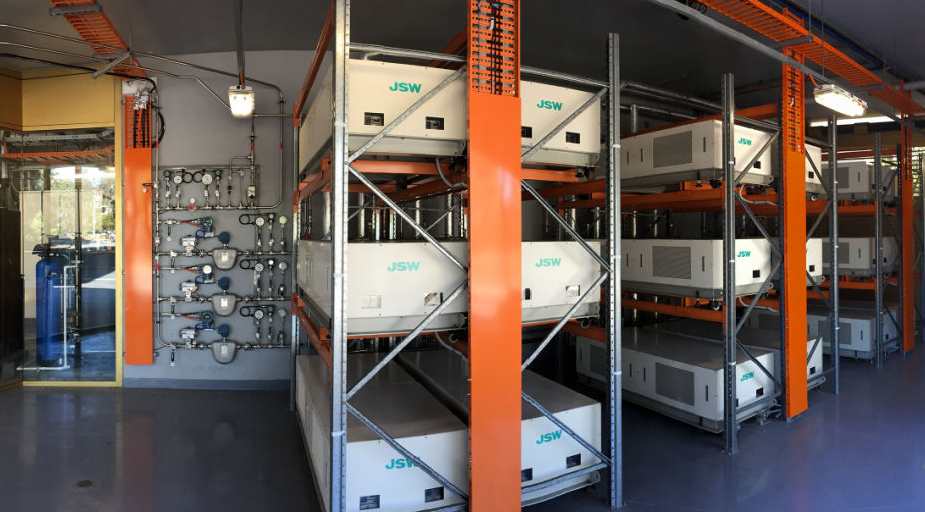 Hydrogen in the Blue Economy

Webinar: Hydrogen in the Blue Economy

The presentation will briefly cover basic aspects of hydrogen energy, including production and safety, its potential application in offshore renewable energy systems, and the Blue Economy CRC demonstration project to build a hydrogen microgrid.

Name: Prof Evan Gray
Affiliation: Griffith University/BE CRC
Bio: Evan Gray is a Professor of Physics at Griffith University. His research in solid-state physics includes fundamental aspects of the interaction of hydrogen with materials, hydrogen storage materials and hydrogen embrittlement of high-strength alloys. The experimental tools used include neutron and synchrotron x-ray beam techniques and the National Hydrogen Materials Reference Facility which he manages at Griffith University. Evan’s applied research encompasses hydrogen microgrids, hydrogen storage for off-grid electricity supply, metal-hydride compressors and computer modelling of all aspects of renewable energy systems from the device to the enterprise level. He is closely associated with the Sir Samuel Griffith Centre, a solar-powered building which demonstrates hydrogen energy technology and includes massive hydrogen storage in the form of a metal hydride.

Name: Craig Dugan
Affiliation: Optimal Group
Bio: Craig Dugan is CEO of Optimal Group, Australia, with 30 years’ industry experience in the international oil and gas and energy industries. Craig has a Bachelor’s Degree in Chemical Engineering. Co-founding Optimal Group 2012, Craig and his team have built Optimal to become a leading provider of innovative energy solutions to the Australian and South Pacific markets. Craig’s focus on technical innovation and R&D has built on the companies’ exclusive representation agreement for the Capstone range of microturbines to develop a range of industry-leading hybrid energy technology platforms. In 2018 Optimal formed a collaborative agreement with ITM Power to provide technical and service representation for the ITM range of PEM electrolysers. Craig is also co-author of a number is international patents in carbon capture and cryogenic CO2 removal from natural gas and biomethane.

Name: Robert Nicholson
Affiliation: Pitt&Sherry
Bio: Robert is the Energy Market Leader for Pitt&Sherry, an engineering consultancy with a presence along the eastern Australian seaboard. Since 2017 Robert has led several renewable hydrogen feasibility studies, primarily in the production of hydrogen at wastewater treatment plants, investigating the long term viability of such projects as well as the value streams of oxygen and heat as a H2 production by-product. Other studies looking at hydrogen for the replacement of diesel in agriculture have also been undertaken by the pitt&sherry Energy Team. More broadly Robert’s focus is on supporting the development of renewable energy technologies from utility scale solar, wind and hydro, to the replacement of fossil fuel use in industrial processes. Robert is a non-executive director of the Australian Alliance for Energy Productivity (A2EP) an organisation of which pitt&sherry is an active member. Pitt&Sherry is also a partner organisation of the Blue Economy CRC.

Name: Dr Krystina Lamb
Affiliation: Griffith University
Bio: Dr Krystina Lamb is a leader in renewable and hydrogen energy technology research, currently working at the world class National Hydrogen Materials Reference Facility at Griffith University. After completing her PhD in Hydrogen Fuel cell technology in 2016, she has had a significant impact on promoting hydrogen technology in Australia. In August 2018, she and her team at CSIRO demonstrated a world-first technology of producing ultrahigh purity hydrogen from ammonia. In 2019, she won a grant to complete her current work on advanced hydrogen storage technology. Dr Lamb also mentors’ young scientists and STEM professionals and volunteers in the community. She has been an invited speaker for industry and scientific events including the Women in Engineering invited guest presenter and Griffith University Science Student group invited speaker.

Name: Prof Ian Mackinnon
Affiliation: Queensland University of Technology
Bio: Professor Mackinnon obtained his BSc (Hons) and PhD degrees at James Cook University and is the Founder and former Executive Director of the Institute for Future Environments (IFE) at QUT. Prior to his roles at QUT, Prof Mackinnon was Executive Director at the ARC responsible for Engineering and Environmental Sciences and directed the Linkage Projects Scheme for University–Industry collaborative research. He has held appointments at Arizona State University, NASA Johnson Space Centre, The University of New Mexico in the USA and at The University of Queensland. Professor Mackinnon has experience in the science and technology of materials and their use in industry encompassing senior management roles in technology start-up companies providing environmentally effective materials for the chemicals and wastewater treatment industries. Prof Mackinnon has served as stakeholder representative or board member for four CRCs, helped establish key CRCs in the minerals and energy sectors and currently serves on an advisory committee to the Blue Economy CRC. Professor Mackinnon is currently Director of the Centre for Clean Energy Technologies and Practices at QUT and advisor to the Queensland Government on hydrogen.