Hydrogen on the rise: an new offshore opportunity?

Hydrogen on the rise: an new offshore opportunity? 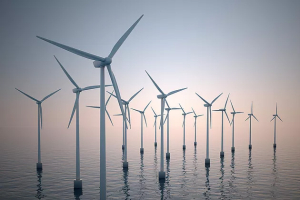 As global leaders gathered at COP 23 in Bonn, 18 key leaders in their industry verticals, united in the Hydrogen Council coalition, came together to launch the first ever globally quantified vision of the role of hydrogen, developed with support from McKinsey & Co. In addition to being a key pillar in of the energy transition, the study shows that hydrogen has the potential to develop US $2.5tn of business, creating more than 30 million jobs by 2050.

Firstly, such a system has the ability to work entirely “behind the meter”, with no transmission network costs to pay and minimal losses to incur other than within a localised micro-grid environment; this means cheaper power is accessible around the clock. Secondly, the combination of offshore wind and marine generation technologies is very likely to be able to run an operating plant for greater than 20 hours per day, 365 days per year, without the need for integrated storage. Finally, the capacity and utilisation factor for both a desalination plant and electrolyser, combined with cheap and reliable renewable energy, means that the cost of this infrastructure is able to be optimised for maximum hydrogen production – this offers strong prospects for cheap hydrogen too. The end product can be put on a ship directly, without the need for any form of intermediary transport or pipeline network to set sail for export markets.

Taking the Hydrogen Council’s vision for hydrogen to the next level, the study entitled ‘Hydrogen, Scaling up’ outlines a comprehensive and quantified roadmap to scale deployment and its enabling impact on the energy transition.

An excerpt from the report reads: “When deployed at scale hydrogen could account for almost one-fifth of total final energy consumed by 2050. This would reduce annual CO2 emissions by roughly 6 gigatons compared to today’s levels, and contribute roughly 20% of the abatement required to limit global warming to two degrees Celsius.

On the demand side, the Hydrogen Council sees the potential for hydrogen to power about 10 to 15 million cars and 500,000 trucks by 2030, with many uses in other sectors as well, such as industry processes and feedstocks, building heating and power, power generation and storage. Overall, the study predicts that the annual demand for hydrogen could increase tenfold by 2050 to almost 80 EJ in 2050 meeting 18% of total final energy demand in the 2050 two-degree scenario. At a time when global populations are expected to grow by two billion people by 2050, hydrogen technologies have the potential to create opportunities for sustainable economic growth.”