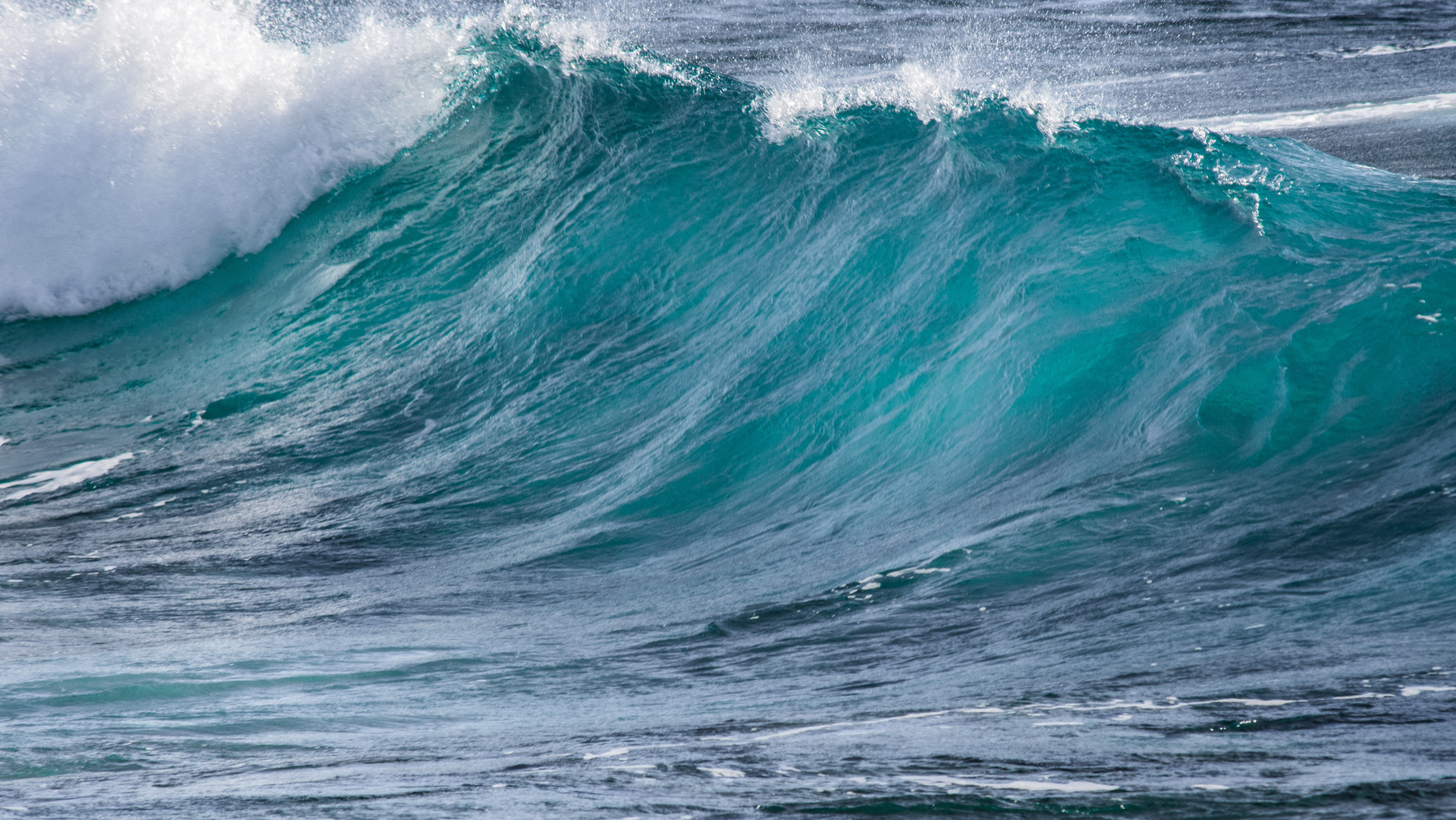 The Blue Economy CRC’s Offshore Renewable Energy Systems (ORES) program aims to advance the technological and commercial readiness of emerging offshore renewable energy technologies, so they can fulfil their potential to decarbonise offshore industries, including aquaculture, and export energy as electricity and hydrogen. Commercialisation opportunities include the design and development of renewable energy conversion devices; microgrid technologies for producing electricity and hydrogen offshore; optimal solutions for offshore energy storage. In addition to energy production, the ORES program will also focus on essential resources for aquaculture such as freshwater and oxygen.

The IRENA Innovation outlook: Ocean Energy Technologies (IRENA, 2020) report indicates that the global wave energy available could meet all global energy demand. Australia possesses immense high quality, temporally consistent offshore renewable energy resources and has the largest wave resource of any country on earth. Research completed by CSIRO shows the southern coastline of Australia has a great wave resource and that wave energy could contribute up to 11 per cent of Australia’s energy (enough to power a city the size of Melbourne) by 2050, making it a strong contender in Australia’s renewable energy mix.

This webinar will outline the technical aspects, market potential and barriers associated with different methods and technologies for capturing and converting wave energy to electricity. We will show the research being undertaken to accelerate the commercialisation of wave energy technology to reduce costs and increase the performance, by the partners in the Blue Economy CRC. Following the presentations will be an open Q&A session.

Speakers and webinar topics include:

Adi Kurniawan is a research fellow with Marine Energy Research Australia (MERA) at UWA Albany. His research covers aspects of wave energy conversion, wave-structure interactions, and multi-objective optimisation. He has numerically modelled a variety of wave energy converters (WECs) and is deeply interested in how geometry and motion influence wave absorption. Adi obtained his PhD in Marine Technology from NTNU, Norway. Before joining UWA, he worked at Aalborg University, Denmark, and the University of Plymouth, UK. Adi is the co-author of Ocean Waves and Oscillating Systems: Linear Interactions Including Wave-Energy Extraction (2nd edition).

Formerly system engineer and data analyst at Carnegie Clean Energy, Alex is now leading the technology development at Carnegie. Alex graduated with a Doctorate in Physics in 2010 and became a chartered engineer in 2018. Alex has been working with the engineering team a Carnegie for 10 years and has acquired over that period an intimate knowledge of the CETO technology and the wave energy industry in general. He contributed to the design, construction, installation and operational phases of Carnegie’s previous project the Perth Wave Energy project consisting in the deployment of three CETO 5 Units offshore Garden Island. He is passionate about the Climate-Energy Challenge and the innovative technological solutions developed to face it. Alex is happiest when he is in or on the ocean, freediving, kitesurfing and exploring.

Dr Rodney Thomson in Engineering Manager at ACS Australia and has over 25 years of experience in the design and implementation of composite structures for aerospace, maritime, land transport and energy applications. He is an internationally recognised expert specialising in composite design and optimisation, damage and failure modelling, composite structures for crashworthiness, bird-strike and energy absorption. Rodney has led projects with local and international partners including Airbus, Boeing and Comac. More recently, he has focused on assisting companies to gain a competitive advantage through the development and delivery to market of novel composite engineering solutions. Rodney has delivered training courses to local industry, is co-author of over 100 technical publications and is a Fellow of Engineers Australia (FIEAust) and a Chartered Professional Engineer (CPEng) and Engineering Executive (EngExec). He is also on the National Engineering Register (NER) and a Registered Professional Engineer of Queensland (RPEQ).

Affiliation: The University of Queensland

Dr. Michael Heitzmann the Co-Director Centre for Advanced Materials Processing and Manufacturing with expertise in advanced composite materials & processes and new product development. The centre brings together over 60 researchers and 100+ PhD students working on the Materials, design and manufacturing solutions for our future economies. He was also one of the main driving forces behind the formation of the UQ Composites group now spanning across all schools within the EAIT faculty. Despite the relatively short time in an academic career, he has been awarded over 8.5M AUD in research funding as chief investigator (CI) of which over 3.5M AUD have been obtained as the lead CI. Michael is the supervisor of 10 research higher degree students (8 PhD, 2 MPhil).

Scott is the Chief Technology Officer of WSE. He has a Bachelor of Engineering in Naval Architecture from the University of New South Wales, and has been involved in the development of marine renewable technologies in Australia and the USA for more than 18 years. Since joining WSE, Scott has been heavily involved in developing and validating the core intellectual property of WSE. As a director of WSE, Scott’s board responsibilities include overseeing and evaluating the company’s design and technology operations.

Sebastien has been supporting the burgeoning industry of offshore renewable energy with technical advices in hydrodynamics for more than 20 years. First at MARIN in the Netherlands and now at MaREI where he is assisting with the completion of the MARINET2 Round Robin wave and floating wind work packages. In the wave Round Robin, two scaled models of wave energy convertors were tested: a fixed oscillating wave column, originally designed by the Australian Maritime College; and a floating hinged-raft, designed by Ecole Centrale de Nantes. These devices were tested in four large wave basins: Centrale Nantes (LHEEA HOET); The University of Plymouth (COAST Ocean Basin); University College Cork (Lir Deep Ocean Basin); and The University of Edinburgh (FloWave). In today’s presentation, Sebastien will share some lessons learnt from the model-tests of the raft.

Bárbara Parragué Guzmán is a Civil Chemical Engineer from the Pontificia Universidad Católica de Valparaíso, with 8 years of experience. She has led work teams in different industries such as are iron mining, copper mining and environmental engineering, working in key companies in the field: SGS Minerals, CAP, Codelco Teniente, BHP Billiton, Xstrata Copper, among others. Currently, she is part of the business development team and leads the flagship project Open Sea Lab of the company Energía Marina and Technology Center MERIC (Marine Energy Research & amp; Innovation Center), which consists of the installation, commissioning and operation of the first Open Sea Laboratory in Latin America, which includes the deployment of an international full-scale wave energy converter in Chile.

Christophe Gaudin is professor of geotechnical engineering at the University of Western Australia, with over 20 years’ experience with the offshore oil and gas industry. Over the last 5 years, Christophe has redirected his research effort towards offshore renewables, pursuing scientific interests and becoming acutely aware of the imperative for renewable energy and its potential for the Australian economy. He is the Head of the Oceans Graduate School and the founding Director of Marine Energy Research Australia, a multidisciplinary research centre, which supports industry, scientists and government in developing innovative offshore renewable energy technology and in defining the future energy landscape in Australia and worldwide.

Hugh Wolgamot is a Senior Research Fellow at UWA, an ARC DECRA Fellow and co-program leader at MERA. After obtaining his PhD working on arrays of wave energy devices, he joined UWA and has worked on a range of different problems in offshore hydrodynamics, including floating wind and wave energy. This has included using field data, numerical modelling approaches and laboratory techniques. He was co-leader of the UWA wave flume refurbishment project, now incorporated into UWA’s Coastal and Offshore Engineering Laboratory.

Jana Orszaghova is a Research Fellow at UWA focusing on marine renewable energy. Jana has a PhD in coastal and ocean engineering from the University of Oxford, UK, and her undergraduate and Masters degrees were in mathematics. Following her PhD, she worked in industry for 4 years, before returning to academia at UWA in 2016. Jana works on hydrodynamics of wave energy converters and offshore wind turbines. She is interested in non-linear excitation mechanisms of these offshore structures, such as parametric resonance and higher order fluid forcings. Jana works closely with the marine energy industry, and remains active in topics of coastal runup and wavemaker theories stemming from her PhD.

Professor Irene Penesis is the Research Director for the Blue Economy CRC-Co Ltd. Irene was the bid leader responsible for developing the successful application to the Commonwealth’s CRC program. Irene is on secondment from the University of Tasmania where she leads a multi-disciplinary research team working in the field of marine renewable energy and contributes to educating maritime engineering students, at the Australian Maritime College – National Centre for Maritime Engineering and Hydrodynamics.