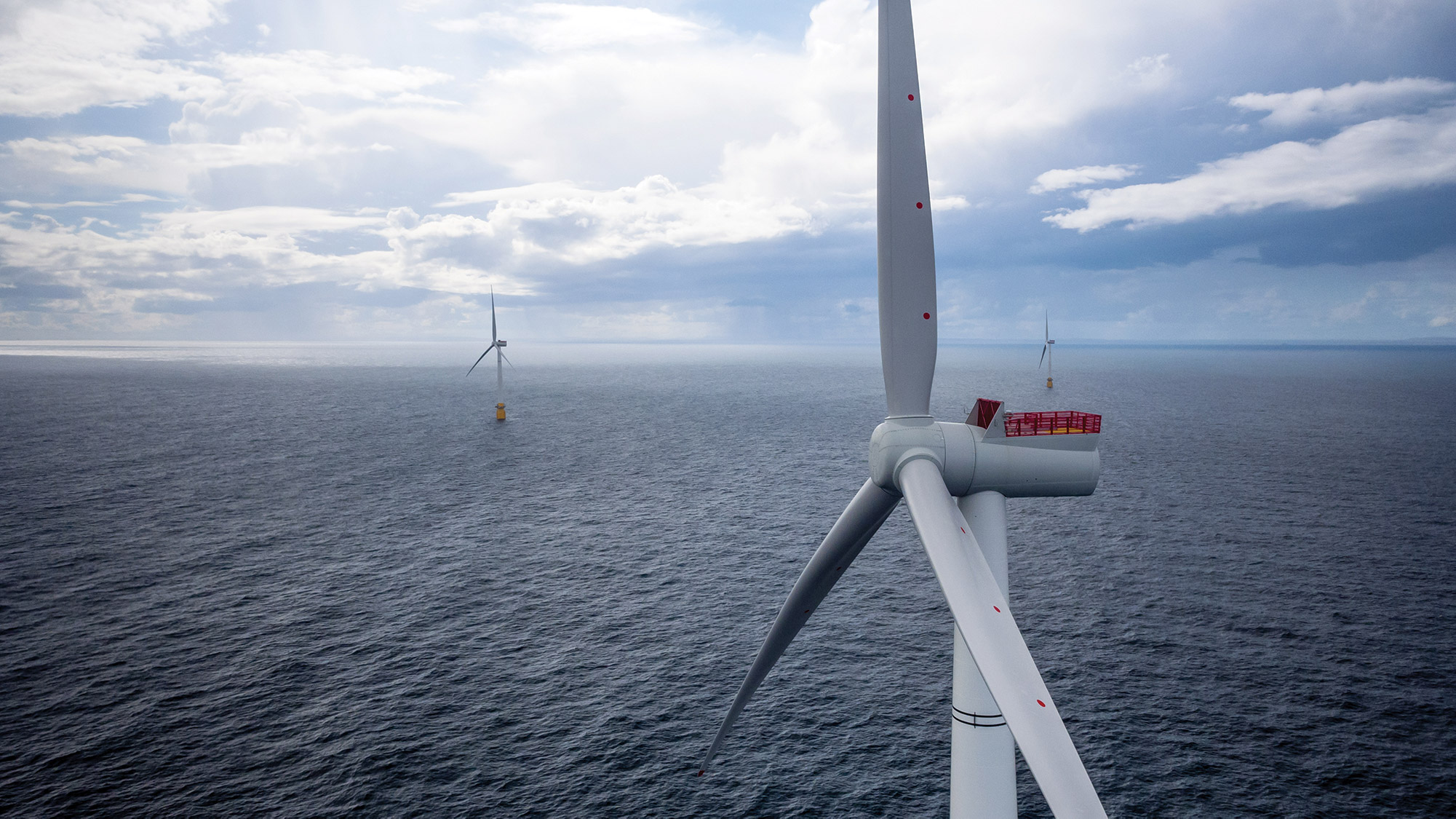 The recently released Blue Economy CRC Offshore Wind Energy in Australia report identified over 10 offshore wind projects that have been proposed or are under development for Australia, with a combined capacity exceeding 25 GW.

You and your team are invited to this upcoming webinar to meet the developers of these projects and hear from the industry directly, to gain their perspective on the opportunities for offshore wind, and the challenges they will need to navigate to see success for the industry in Australia.

This session continues the discussion on offshore wind opportunities for Australia, and the need to more fully capture the technology in Australia’s future clean energy system planning. The event will be of interest to those involved in planning and preparing for the Australian energy transition and anyone with an interest in renewable energy, including advocates and investors.

The session will hear from a panel of project developers, who will first introduce their organisations, before open discussion and Q&A facilitated by the Blue Economy CRC Chair, Greg Johannes.

David Carrascosa is the Director of Operations at Saitec Offshore Technologies, a partner company within the Blue Economy CRC focussed on development of floating offshore wind solutions. David has a Master in Civil Engineering from the University of Cantabria, Spain.

He started his professional career as structural engineer with a strong focus on structure dynamics. In 2014, he joined Saitec as Offshore Engineer becoming later the Head of the Offshore Wind Department, before taking on his CTO role. From June 2021, David holds the position of Director of Operations being part of the Board of Directors of the company. Saitec Offshore Technologies is a spin-off from Saitec’s Group created around SATH Floating Wind Technology.

Erin is the Chief Development Officer on Australia’s first offshore wind project – Star of the South – which seeks to harness Bass Strait winds to power more than a million homes with clean energy, while creating thousands of jobs. Erin is responsible for the project’s development activities, working with industry, regulators, policy-makers and local communities to bring offshore wind to regional Gippsland and the State of Victoria. Erin has previously held roles across the public and private sectors on some of the State’s biggest, most complex transport infrastructure projects, including several multi-billion dollar public-private partnerships. Included in A Word About Wind’s Top 100 Women’s Power List 2021, Erin is a champion for female talent in the energy industry and is driven by the positive opportunities offshore wind represents for Australia.

Andy Evans is a co-founder and the Chief Executive Officer of Oceanex Energy, a developer of large-scale offshore wind energy projects located off the coast of Australia and New Zealand and associated land-based infrastructure required to deliver energy to market.

Prior to co-founding Oceanex Energy, Andy was one of the co-founders and inaugural CEO of the Star of the South, Australia’s first proposed offshore wind farm, with a proposed capacity of approximately 2,000MW, located off the south coast of Gippsland, Victoria, and also the holder of the first set of exploration rights for offshore wind farms granted in Australia.

Mr Hansen has nearly 3 decades of experience in global infrastructure contracting of which over 25 years has been in the Wind Energy sector mainly with major international wind energy OEMs. Mr Hansen led the establishment of 2 OEM’s in Australia since 2001 – first NEG Micon since Suzlon and is thus a pioneer of the Australian wind industry. Previous to arriving in Australia, Mr Hansen worked across Africa, Asia, South America and the USA in a variety of roles as Project Manager, GM Contracting, Country Manager-India and Business Development within wind energy and general contracting.

Mr Hansen has a B.Sc. Degree in Marine Engineering and Technology Management from Denmark supplemented with internal and external courses in business administration and team motivation.

Brad has extensive experience in developing and implementing business strategy to create and maximize value in the Australian and International oil, gas, and energy markets. Throughout his 30- year career, Brad has held a number of senior executive roles namely at Drillsearch, Commonwealth Bank of Australia, Sunshine Gas and Epic Energy – all focused on developing and implementing targeted business development strategies aimed at growing and delivering shareholder value.

Tim leads Flotation Energy’s international project portfolio. He is an oceanographer with extensive experience in the renewable energy sector across the Asia Pacific region and the UK, including development of several offshore wind, wave and tidal projects and onshore utility scale solar PV projects.

Greg Johannes has more than 20 years of leadership experience in the Australian public, private, not-for-profit and research sectors. His roles have included being Head of the State Service and Secretary of the Department of Premier and Cabinet in Tasmania. In 2015 he was made a National Fellow of the Institute of Public Administration Australia for his outstanding contribution to the public sector in Australia over many years. Greg has a deep interest in the marine science community and has previously been on the boards of both the Antarctic Climate and Ecosystems CRC and the Institute for Marine and Antarctic Studies.

He now runs his own consulting company, helping boards, CEOs and senior managers and leaders address complex development and organisational issues. The son of a marine biologist, in his spare time Greg has been in or on the water since he was a young boy living in a remote village in Micronesia, and he snorkels and dives on the world’s coral reefs whenever he can.